Favorable Solutions to Your Legal Problems
Reach Out Today 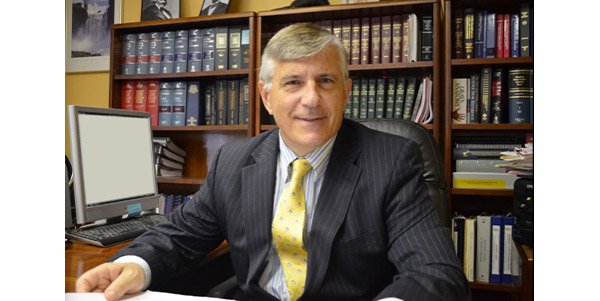 Nicholas George was born on July 11, 1952. He is the proud father of two sons, Nick and Jimmy, and he is a resident of Walla Walla Washington. His interests include travel, history, archaeology, sports, and winning Criminal Defense cases.

Nicholas is a subject of a biographical interest in Who's Who in American Law, Who's Who in America, and many other periodicals and journals. He has received a rating of high legal ability and the highest ethical standing by Martindale-Hubbell, a nationally recognized evaluation institution for the legal profession.

Nicholas is a longtime member of multiple Intrastate legal associations. He has won several Washington DUI and Criminal Defense trials by using law enforcement videos to his client's advantage and frequently confers with other DUI attorneys to create new DUI tactics. His philosophy of Washington DUI defense is knowing as much as possible about Washington DUI laws and knowing what counts in beating a Washington DUI charge.

The Quality of Experience

Nicholas George Attorney and Counselor at Law, P.S., Inc., is an established professional services corporation whose principal has extensive courtroom, trial, and appellate experience in felonies and misdemeanors throughout the State of Washington. The firm's principal, Nick George, is a former corporate finance and marketing manager whose legal philosophy focuses on justice, pragmatism, ethics, and positive results. Mr. George weighs the costs and benefits of every legal decision in a manner that does not compromise the interests of his clients.

In his firm, the client's needs receive top priority. Clients are afforded respect and consideration throughout all phases of legal representation. The firm's philosophy of legal realism precludes giving clients undue expectations or promising improbable results. Clients are crucial in their cases because, for all practical purposes, they are co-counsels.

Fill out the submission form below or give me a call. I am available around the clock.